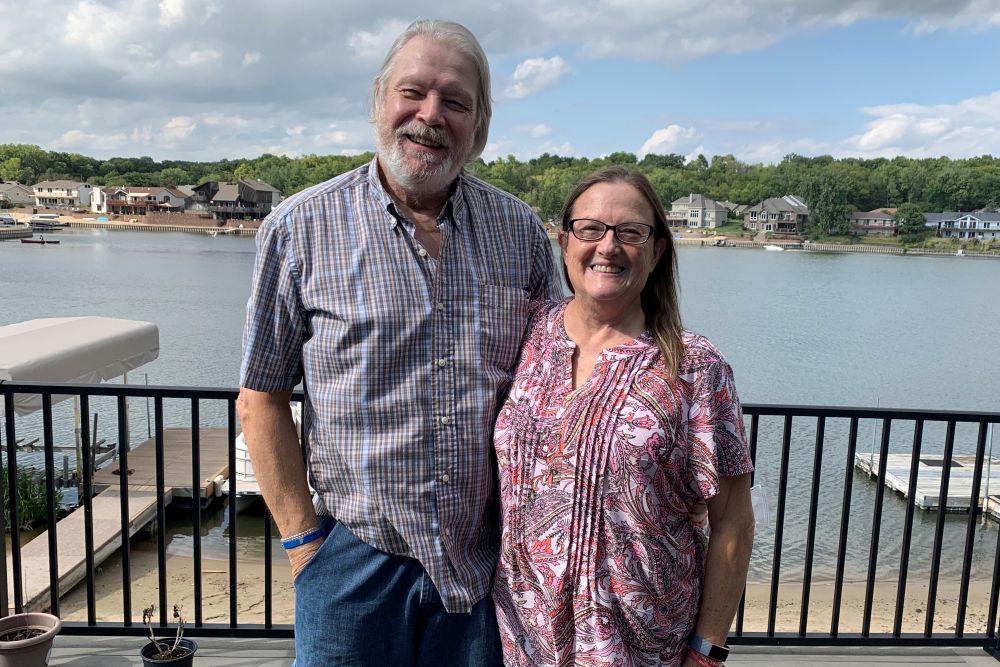 In 2017, Deb realized she was going to have a second knee replacement, so she came to physical therapy at Athletes’ Training Center to strengthen her leg and knee as much as she could before surgery.  She then returned after surgery to again work with her physical therapist.  In Deb’s words:

“I recovered faster than the first time when I had knee replacement on my other knee and did rehab at a different, well-known clinic.  I noticed even that knee benefitted from this round of physical therapy.  The therapists here worked harder with me and had me doing more things than I did with my first knee replacement.  I will never go anywhere else if I need physical therapy.” 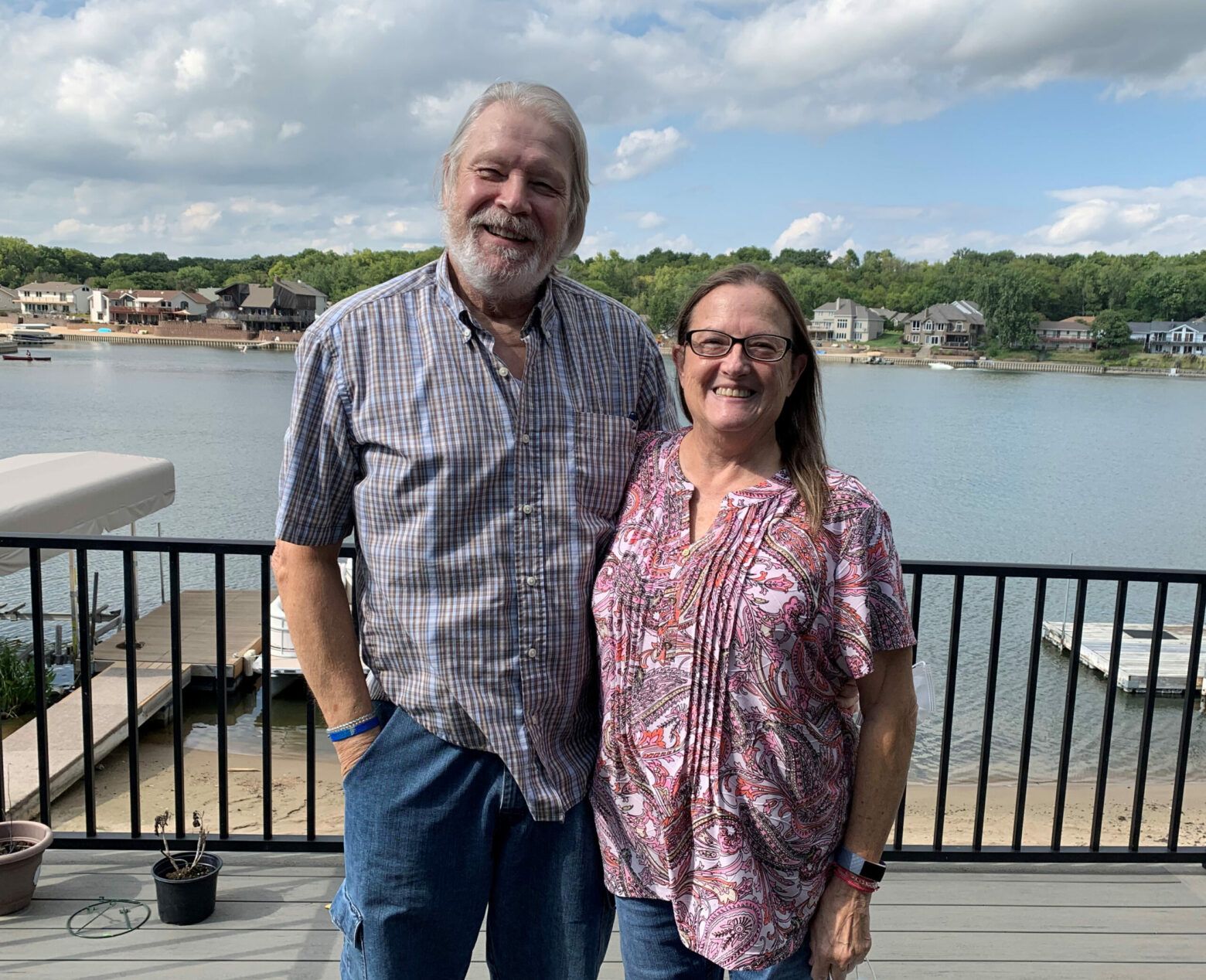 After completing her physical therapy, Deb transitioned to our adult fitness services and joined Mike, who was already training with our performance coaches.  She says when she started she couldn’t jog the length of the turf, lift more than 10 pounds, and weighed over 200 lbs.  Now, she can jog the length without problem, lifts weights of all sizes, and has lost over 50 lbs.  She says the best part is she can keep up with her grandchildren!

But, let’s back up to 2016, which is the reason Deb says she came here in the first place. 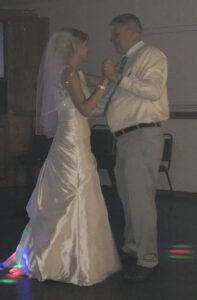 Mike dancing with his daughter at her wedding.

In 2016, Mike had fractured both the bones in his lower leg, as well as suffered severe nerve damage to his peroneal nerve causing foot drop – all from a terrible accident where he was pinned between his car and garage.  Mike and their daughter took donuts to the fire station to say thank you and the firefighters told Mike about us.  They told him it was the best place to go for physical therapy and that many police officers and firefighters go there.

Prior to starting outpatient physical therapy after his injury, Mike’s doctors were unsure of whether he would come back from the injury and to what extent he would recover.  They didn’t paint a great prognosis for him.  However, after six months of physical therapy, Mike danced with his daughter at her wedding.

So, when Deb says Athletes’ Training Center has changed their lives, she really means it.  And, we’re glad both Mike and Deb asked their doctors to see us for physical therapy.  Sharing their story helps showcase why we love helping people meet their goals and why our patients and clients become part of our family.