Stephanie grew up in Long Grove, Illinois, a northern suburb of Chicago. She attended
Adlai E. Stevenson High School where she was a member of the 2009 state champion
gymnastics team. After graduation, she attended Winona State University in Winona,
Minnesota where she majored in Movement Science and minored in Nutrition.
Stephanie was a four-year all-around competitor and two-year captain of the WSU
gymnastics team. During her senior season, Stephanie was named 1st team All-
American in the Floor Exercise at the National competition and was awarded Student-
Athlete of the Year. She graduated first in her class, Summa Cum Laude.

Throughout her 17-year gymnastics career, she found herself in need of physical therapy
to rehab her injuries. Stephanie knew that she wanted to pay it forward to other
athletes battling similar situations and provide a positive experience and continual
motivation throughout their rehabilitative journey. Stephanie attended Northwestern
University: Feinberg School of Medicine in Chicago, Illinois to receive her degree as a
Doctor of Physical Therapy. In 2019, Stephanie furthered her education and became a
board-certified specialist in Orthopaedics (OCS). 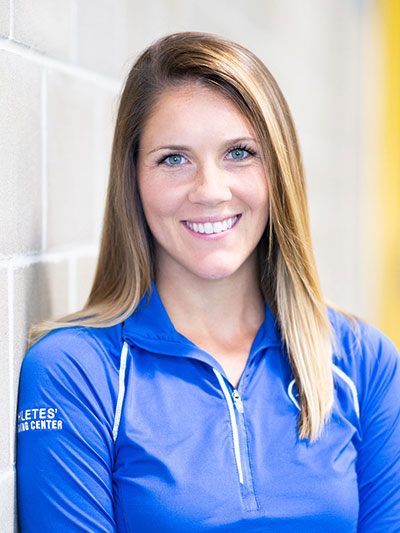