Gus was born and raised in Omaha and attended Creighton Prep High School where he played
football for four years and basketball for one. His honors included being elected Captain and he
was selected to the All-District and Academic All-State teams his senior year. Gus was also a
member of the National Honor Society and excelled academically.

He earned the Goodrich Scholarship and attended the University of Nebraska Omaha where he
completed his Bachelor’s degree in Exercise Science. During this time, Gus volunteered as a
junior varsity football coach at his high school alma mater and stayed active in intramural sports
where he claimed the 4 on 4 Intramural Football Championship. Gus has received his NASM CPT
Certification.

In his free time, he likes anything related to sports – especially football and basketball, and he
enjoys golfing and bowling whenever he gets the chance. Gus has been married to his wife
Laura since August 2019 and they have a sweetheart dog named Charley. 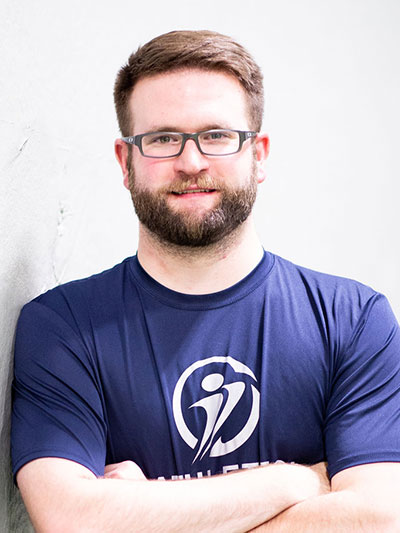