Originally from Grand Island, Danielle attended the University of Nebraska at Kearney where
she earned a bachelor’s degree in Fitness and Leisure Management with emphasis in Athletic
Training. She went on to complete her master’s coursework at the University of Nebraska at
Omaha (UNO) in Fitness and Wellness Promotion and worked as a graduate assistant in the
athletic training room. While at UNO, she worked with many different sports, but most notably
earned a National Championship with the 2001 softball team.

Danielle has worked as the head athletic trainer at Lincoln Northeast High School where she
managed the coverage and health care for 16 sports and all student-athletes. During that time she served as a clinical instructor for Nebraska Wesleyan University’s athletic training program. She also served as the Director of N-Lighten Nebraska, a state-wide wellness program conducted by the Nebraska Sports Council.

In her free time, Danielle enjoys kayaking, being outdoors, and home improvement projects.
She, her husband Bill (also an athletic trainer), and daughter Ruby reside in Omaha, NE with
their rescue Boxer Hank. 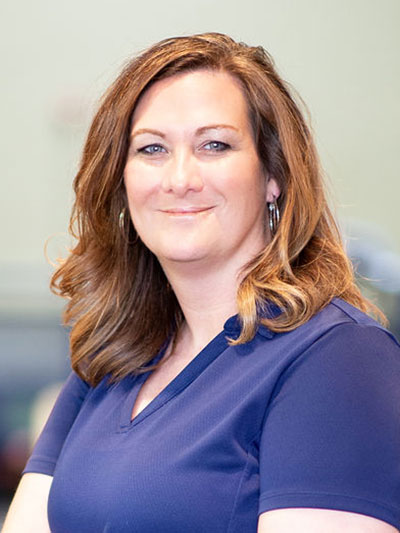