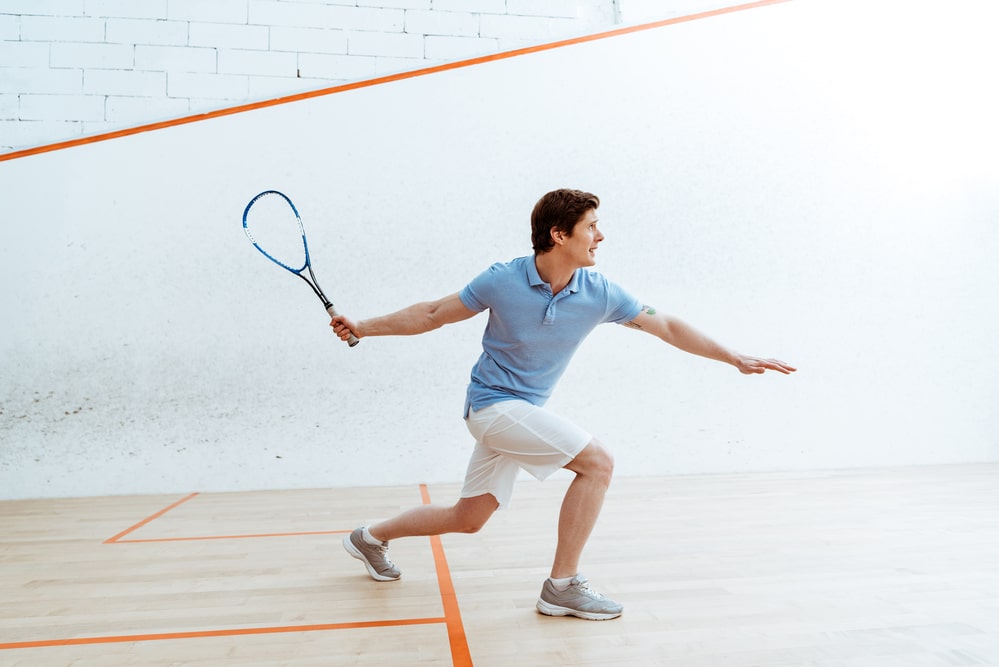 Every movement involves a change of direction

Training the eccentric component of our key movements helps us do those change of direction movements more powerfully and efficiently.

Up, down. Left, right. As Isaac Newton might have it: equal, opposite. Very few movements start from a fully stationary, neutral position. We almost always prepare for the movement we want to do by first moving in the opposite direction: we draw our arm or leg back to throw or kick a ball, we crouch down before jumping, we twist our bodies to bring the golf club or tennis racquet back over one shoulder before exploding through the ball to finish with it on the other side of the body. Even in running and walking, we do the same: one leg goes back, then it goes forward, then goes it back so it can go forward again.

When we talk about change of direction, we normally refer to the whole body changing the direction it is moving. Change of direction falls under the category of agility training. But at its root, all movement involves changes of direction. Unfortunately, we often only train the prime movement, the one we all think about, and neglect the preparatory movement.

What is the eccentric component of movement?

The eccentric component of a movement is sometimes referred to as “the negative.” Let’s make a pledge to never call it that.

Mechanically, the eccentric component or eccentric loading is when the body is working to resist the load by moving in the same direction that the load is moving.

For example, gravity is pulling the dumbbells down in a chest press or lunge, but you’re in control of how fast you and the weights move. Or if you have a resistance band around your waist pulling to your left, lunging to your right engages the concentric component, and then it’s your eccentric component that allows you to control your return to the starting position without being pulled over by the band.

But external forces like gravity pulling on a weight or elasticity pulling on a band are not the only sources for eccentric loading. Momentum is a powerful load to resist.

Many golfers now know their club head speed. What happens to all that momentum once the ball is on its way? Part of having a smooth, controlled and safe follow-through is being able to bring that momentum down to zero as your body finishes the swing with the club over the shoulder.

Similarly, a softball pitcher is flinging her arm out of the least stable joint of the body with every pitch. Every pitch strains at the ligaments and supporting structures in the shoulder joint. On their own, they might not be strong enough to resist the momentum generated by a 70 mile per hour pitch. The arm is actively decelerated by the muscles of the rotator cuff, which work eccentrically as soon as the ball leaves her hand.

Even in running, once the leg leaves the ground it is still moving backwards. The athlete needs eccentric control to convert the leg’s backward momentum into forward movement so that leg will be in position and ready to hit the ground on its next step. Part of being an efficient runner is taking as much energy from one step into the next.

At the full-body level, when a football player is sprinting down field and then needs to cut inside to avoid a defender, he has to counteract the momentum he has built up in the forward direction so he can change his direction of movement. The sharper the angle, the more he will have to slow down to make the turn. If his quarterback threw an interception and now he needs to run the opposite direction, he needs to drop his forward motion to zero, turn around and then start again.

Research has shown that athletes who are among the fastest and most powerful can lag behind their slower, less accelerative peers in change of direction tests because the latter group are more efficient in their deceleration phase.

How can we identify and train the eccentric movement?

This, then, is the goal of eccentric training: train the muscles to absorb as much force as possible in the eccentric phase, then minimize the losses so it can be part of the force generated in the concentric phase.

The most practical, effective and affordable method to train the eccentric component involves a variable we’ve only mentioned in passing: time.

Eccentric training, then, can entail extending the eccentric component to 3-5 seconds, followed by a maximal concentric movement. Three to five seconds of lowering the dumbbells to the chest or a trap bar to the ground in a deadlift or squat.

But eccentric training is not just for the large muscles and whole body “core” lifts. Since every movement has a preparatory phase we should be able to find a way to train the eccentric component of that movement. By anchoring a resistance band at shoulder height and having a baseball player grab one end of the band with his throwing hand, he can slowly resist the band pulling his arm, shoulder and torso back – the preparatory motion of throwing – before pushing against the resistance to “throw” the band with the loading.

Another use of resistance bands is in “movement over ground” change of direction training. Athletes often do lunges, shuffle steps and accelerations against resistance bands: e.g., if the band is anchored to their left, they lunge, shuffle, turn-and-go to their right. That only trains the concentric component, and as we mentioned earlier the eccentric component is often the difference between highly trained athletes on change of direction tests.

Training the eccentric component turns the resistance bands into assistance bands. By pulling the athlete “in,” the band enables her to move at the same speed as before but with less force of her own. However, she then needs to overcome the band’s assistance in addition to her own momentum in order to stop and change directions. This is the overload that induces improvement: if she can decelerate against a greater momentum than she could generate on her own, then she will be able to decelerate faster than when the only momentum she is turning against is her own.

The two groups of athletes underwent the same training with the exception that one group performed standard two-leg back squats and the other group did single-leg barbell step-ups. The researchers hypothesized that because the single-leg exercise was more specific to running, that group would do better on the change of direction test. However, the opposite occurred. The researchers speculated that even though the single-leg step-ups were mechanically more specific to running, that exercise does not have an eccentric component, as back squats do.

Since the eccentric component is often the difference-maker between groups of trained athletes in change of direction tests, the incidental eccentric training of the squats had a greater affect than the single-leg specificity of the step-ups.

Even simpler still: Bodyweight squat and lunge circuits. Many off-season general strength cycles (and just about every other stage of training and rehabilitation) incorporate bodyweight squats and lunges. By setting up a good rhythm between the eccentric and concentric components – what we used to call the “down” and “up” components – the athlete trains both movements, helping the muscle absorb and return energy quickly and efficiently, just as they need for their sport and in everyday life.

We should always focus our training on the movement, not the muscles. In one way or another, we’re always changing our direction when we are moving. The eccentric components, whether the preparatory stage or follow-through stage, control those changes, which allow for efficient, powerful and safe movements.

If you have questions on this topic or want to know more about our sports performance program, contact us at Athletes’ Training Center.

Maximum acceleration performance of professional soccer players in linear sprints: Is there a direct connection with change-of-direction ability? Irineu Loturco, et al. PLoS One. May 2019.

The contribution of strength characteristic to change of direction and agility performance in female basketball athletes. Tania Spiteri, et al. The Journal of Strength and Conditioning Research. May 2014.